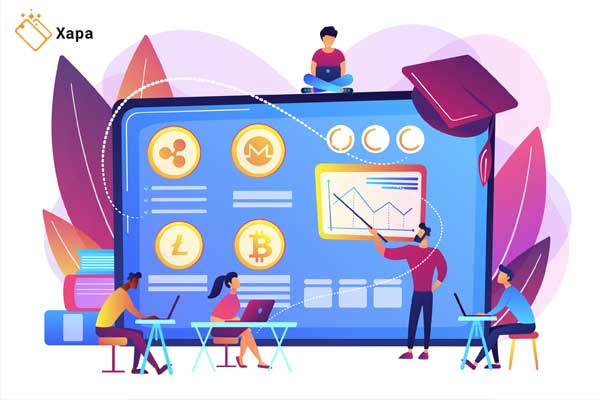 by Xapa Wallet Author
Bill Gates believes that the future belongs to cryptocurrencies, and more than a decade after the advent of Bitcoin, Tether , Ethereum, Chainlink and other cryptocurrencies, it seems that we have entered a new phase in this area. For example, by analysis of Dogecoin price history and with the help of Reddit and Elon Musk’s numerous tweets, we see that just few months ago, Dogecoin price experienced a 600% growth in 24 hours. Moreover, Facebook is making more detailed plans for its blockchain called Libra But our question is, are the future of cryptocurrency is bright enough? In fact, For answer to this question and more questions like this, at the first step we should know the common terms in this field and to help you understand the concepts of cryptocurrencies, we decided to provide a glossary of basic words and terms for cryptocurrencies and cryptocurrencies.

One of the main concepts of cryptocurrencies is cryptocurrencies, which are managed independently of the banking system and government of each country. These cryptocurrencies are encrypted to prevent fraud and increase security and can only be used on the Internet and in the digital world.

This word is created by putting the two words block and chain together. In each block, separate information is recorded and added to the chain of previous blocks. This concept was first used with the formation of cryptocurrencies. Blockchain is an information and data recording system that, with encryption, cannot be hacked or manipulated. Blockchain information is shared with all users.

Altcoin means coin or alternative coin. Bitcoin was the first cryptocurrency to be invented, and since then many cryptocurrencies such as Ethereum, Monroe, and Ripple have entered the market, and the term Altcoin refers to all cryptocurrencies invented after Bitcoin.

Stablecoin is cryptocurrencies that despite their fixed value, they are used to reduce market fluctuations and stabilize the price of coins. Unlike other coins that operate independently, stable currencies are usually backed by government currencies, gold, or other cryptocurrencies.

Basically, each blockchain has its own coin, while tokens on the blockchain platform are developed and used by other coins, especially Ethereum.

The white paper is actually a document in the form of a pdf file in which information about all the details of new cryptocurrencies, the technology in its design is mentioned. In general, the whitepaper refers to the problems that developers intend to solve with their currency code. 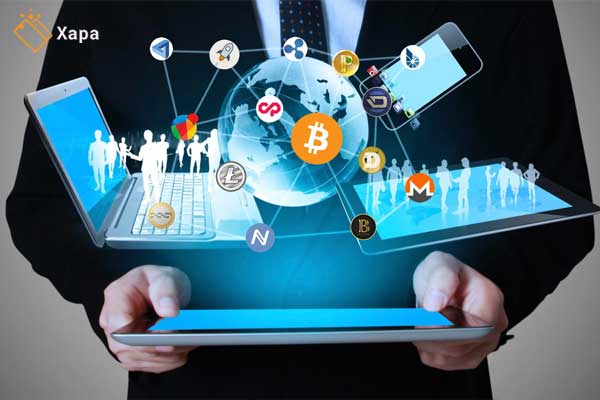 One of the most important terms in cryptocurrencies is decentralized, which actually means that information and data are not centralized in one organization and exist throughout the network.

Hash rate is one of the concepts of cryptocurrencies and is in fact the measure and unit of measure by which the speed of solving the hash function is determined by the miner.

When the network uses the proof of work system, it may be attacked by 51%; 51% attack is done by miners. When an individual or group succeeds in gaining 51% of the network power and achieving the highest hash rate, they can attack the network.
In fact, an attack means the ability to reverse the transaction, manipulate transactions, and delete them. These people can generate coins outside the protocol and steal other coins. If the network is attacked by 51%, the activity and transactions are stopped and the blocks are re-examined and corrected.

Halving is derived from the English word half. Halving the bitcoin reward after extracting every 210,000 blocks is called halving. This system was developed by Satoshi, the creator of Bitcoin, to prevent inflation, bitcoin depletion, and supply and demand control in general. Rewards are halved every four years. The last Halloween happened in 2020. 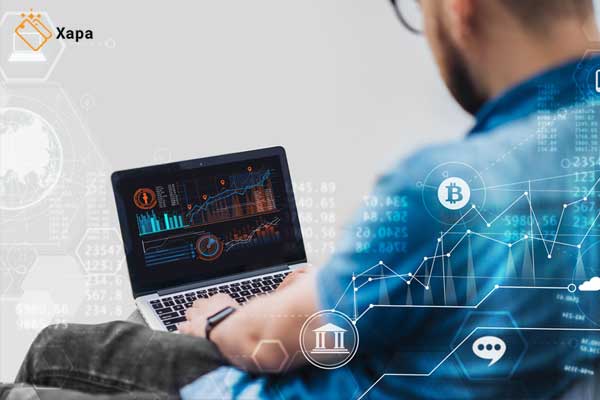 Usually, each drawer is backed by the number of assets and gold reserves of that country; But Fiat money is money that has no backing and its value depends on the amount of supply and demand; Like the US dollar.

Each cryptocurrency operates with its own rules and protocols. As long as these protocols are acceptable to all programmers, the blocks in the blockchain will continue to operate; But if for any reason the programmers have a problem with the existing protocol and want to change the term, they will update the block. It is called updating or creating a new block fork.

If the changes made to the blocks are superficial and minor, the so-called soft fork is done.

Unlike in the previous case, the previous consensus laws have been completely abandoned and replaced by new laws and protocols (instructions).

It is actually a very high-security database that is shared jointly across several sites and institutions. This database is accessible by several people and allows public control transactions, but it is not possible to delete or change the information recorded in it.

Nodes are computer systems that are connected to a blockchain network to verify and verify transactions. The information in each of the blocks of a blockchain is stored in nodes.

It is one of the most common cryptocurrency terms and refers to the user’s digital wallet. A wallet is a piece of software (app) that allows a user to store their cryptocurrencies and use it to trade. Private and public keys are used in the wallet.

It is one of the three methods of cryptography. The 51-character private key consists of English letters and numbers, which increase the security of cryptocurrencies in the user’s wallet and prevent unauthorized access. Keeping the private key is very important because without it the user can not withdraw the currencies in their digital wallet.

The process by which transactions are verified using computers based on the solution of encrypted mathematical problems is called mining. Finally, after confirming the transaction, a new block is added to the previous blockchain.
People who voluntarily provide their computers and extraction devices to the network to perform mathematical calculations are called miners. These people maintain network security and decentralize the production of new bit units and receive rewards in return. Group mining is called group mining.

This term is used when the miners of a network integrate their mining devices centrally to perform mathematical calculations and increase the chances of extraction. These people have agreed to share the block reward.

No one knows what awaits Bitcoin and other cryptocurrencies, not even Bitcoin suspects, not Bitcoin fans, not even Satoshi Nakamoto himself. Many of the sharpest minds in the cryptocurrency, welcome this uncertainty. They have no problem with the ambiguity of the future and even believe that this is one of the attractions of Bitcoin. Elizabeth Stark, CEO of Lightning Labs, says many of the key uses the future of crypto currency are what we now think they are considered insane, just like in the days before Wikipedia, when the idea of ​​an encyclopedia that anyone could edit seemed silly. 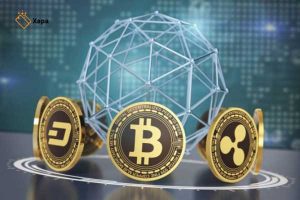 The Future of Cryptocurrency
next post
How to Start Investing in cryptocurrencies? 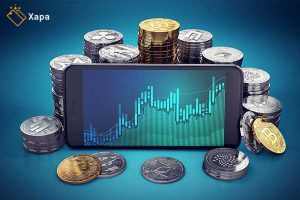