The Relation of Artificial Intelligence and Blockchain

Home  /  Xapa News   /  The Relation of Artificial Intelligence and Blockchain 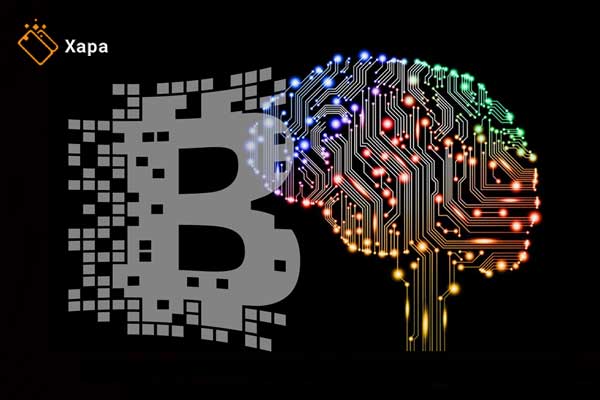 by Xapa Wallet Author
In the field of cryptocurrencies, you have probably come across terms and phrases such as Tether price prediction , Dogecoin , Chainlink and so on. But certainly the most important issue in the field of crypto, which is considered to be the basis of all cryptocurrencies, is the concept of blockchain. Blockchain is precisely the new system for digital information that stores data is encrypted and distributed form. Because data is stored across thousands of different computers, it will allow for creating an immutable and reliable database that can only be read and updated by licensed individuals.
At the same time, AI refers to the theory and construction of machines capable of performing a variety of tasks; Tasks that require intelligence. Advanced technologies are now using this field in machines, artificial neural networks, and deep learning.
Although much has been said academically about the potential of combining the two technologies, their applications in the real world are now rarely found. However, this situation is expected to change in the future.

Why is there so much interest in artificial intelligence and the blockchain?

Artificial intelligence (AI) and blockchain are two technologies that have been discussed for the past ten years, and their evolution has led to significant and promising innovations. The idea of combining them is also lovely. Billions of dollars in profits are expected from these two technologies in the future. Gartner, a global technology research firm, estimates that the value of artificial intelligence-generated businesses in 2022 is close to $ 3.9 trillion, while some predict that the market value of the blockchain will be around $ 23 billion by 2023.
It is predicted that along with the potential uses that emerge in both sectors, this projected growth will also increase acceptance. It should be noted that artificial intelligence, which is not a new technology, has played a prominent role in technology over the past two years. While we are still far from thinking machines, artificial intelligence is used in everything from marketing and sales to production and even healthcare. This technology has become an essential part of many companies’ applications.
According to McKinsey & Company, 47% of businesses surveyed have integrated artificial intelligence with one of their operations, and 78% of companies plan to increase investment in the technology shortly. The blockchain is on a similar path to industries that have taken the technology as a positive approach. A PwC survey found that about 84% of respondents actively used the blockchain in some of their capacities.

Are AI and Blockchain compatible?

The two technologies may have evolved separately, but when combined, they show significant potential. Given the progress of both in the world of technology, only time could unite their path. These technologies revolve around the management and collection of data and information, although each of them solves different parts of the puzzle. One of the digital revolution products is that we generate large amounts of data from millions of points every day. Artificial intelligence is designed to collect, analyze and interpret data as quickly as possible and react without interaction with humans.
Although AI is not independent, it can learn and continually improve its performance in collecting and parsing new data. Companies such as Netflix, Spotify, Google, and even healthcare organizations are now using artificial intelligence to improve their services.
The blockchain, on the other hand, is more concerned with data storage and communication. Distributed ledger means that data is stored simultaneously on all nodes connected to the network, and distributed ledger allows data to be completely decentralized and accessed faster and more freely. Since each node has access to all available data, AI is less dependent on central storage for processing.

What problems can artificial intelligence and the blockchain solve?

What are the challenges of integrating artificial intelligence and the blockchain?

Even though there is a lot of potential in common between artificial intelligence and the blockchain, there are still significant challenges between the two technologies that need to be addressed to be a genuinely reliable pair. Despite the potential of the blockchain to access data, privacy is a significant concern with the public blockchain. While the goal is data release, the presence of potentially sensitive data from the Internet of Things and other devices can increase privacy issues for individuals and organizations alike. One solution could be to use a private blockchain, restricting access to data to those who own the chains.
In addition, scalability remains an essential issue for major blockchains that cannot process large volumes of requests. Atrium is one of the most popular blockchains that can process 15 transactions per second. Although other blockchains claim to process thousands of transactions per second, there is no evidence to support their claim.
Finally, innovative contract technology is a barrier to artificial intelligence. Security issues remain a significant challenge, and the specific nature of brilliant contract execution is a problem for AI engines, which often require a more random approach to implementation.

Does the integration of these technologies have uses as well?

Despite these challenges, several companies and organizations combine artificial intelligence with the blockchain to achieve results. There are currently several promising projects that integrate different technologies in different fields. The China-based blockchain company Cortex recently announced that it had launched an artificial intelligence-based network for decentralized applications that can help optimize financial services. The company hopes to use technology to generate credit card reports for decentralized financial services, develop better anti-fraud systems, and even help with gaming and e-sports.
Other companies, such as Endor, have taken a different approach. The organization, which offers a statistical analysis tool based on artificial intelligence, uses the blockchain to create a more scalable engine accessible to more data. While the project is aimed at business users, it makes demographic analysis technology significantly more democratic.
In the area of ​​financial services, companies such as Peculium (a savings management platform (AiX platform) (a financial trading platform that offers trader-to-trader capabilities) and Autonio (a trading terminal that facilitates cryptocurrency trading They use the available tools and solutions to make more progress in their activities.
Finally, some projects integrate AI more efficiently, such as Singularity Net, which provides a decentralized network for users to create and monetize AI services easily.

What is the future of artificial intelligence for the blockchain?

The potential uses for artificial intelligence and blockchain are still theoretical, but there are countless opportunities for the future. The integration of these technologies has attracted the attention of governments seeking to become a central hub for innovation worldwide. Several countries have passed laws or launched initiatives to facilitate artificial intelligence and the blockchain, which will accelerate innovation in this area. For example, the United States has passed legislation to facilitate investments related to artificial intelligence. In contrast, the UAE has established a national program to provide scholarships for studies in this field. Malta has also created its ambitious innovation to become a top destination in both areas.
One potential use of blockchain is validating artificial intelligence processes, as machine learning makes these algorithms faster and more efficient. Instead of relying on process proximity, blockchains can store transactional data step-by-step to examine each operation and ensure the integrity of the results. Other projects have explored applications of these technologies in healthcare to protect users’ health information and create a better market for people to access medical services.
Finally, we suggest that you also read article what is smart contracts to better understand the concept of blockchain and its relationship to artificial intelligence.

How much do you know about Tether (USDT)?

All you need to know about pool together!

All you need to know about Axie Infinity

What is Smart Contracts?
next post
Can Cryptocurrency Replace Cash? 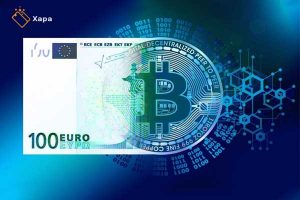