For understanding that what is Bitcoin, we should note that Bitcoin is a virtual currency that rose to $ 13,000 in early 2018, rose to fame, and was a combination of creativity, overcoming legal barriers, and bypassing intermediaries in various financial and banking transactions that facilitate financial transactions.

It made it possible on an international level. Therefore, in the short time of his emergence, it was able to attract a lot of attention.

As well as, for realizing that what is Bitcoin classic, we should be aware of that after bitcoin, many cryptocurrencies were born with similar features. Cryptocurrencies have extraordinary features and capabilities and that is why those have become very popular after only about 10 years of being on the market.

Various cryptocurrencies, such as bitcoin, operate in large network platforms called blockchains. This network has a lot of users and it is not possible to access and capture its data. An extensive, large number of users, the possibility of violations and fraud in the network, as well as the lack of network monitors, make it a free and effective environment for communication activities in various fields. More precisely, bitcoin operates in the context of the decentralized network of the Chinese blockchain.

In short, the purpose of bitcoin is to securely transfer or store money. Therefore, it can be considered a secure digital payment and banking system. Bitcoin restores real control of the money to individuals, and with a special password called a private key, only the owners of those keys will be able to spend and transfer the bitcoins.

On the other hand, digital money has always had a big problem called “double spending”. This was not the case with paper money and physical money, for example, you could not re-use the money you spent on a TV to buy another product. But in a digital world where you can copy everything with just one click, it is important to avoid double-spending.

If digital money is like a file, you can spend it in two separate places at the same time, and you have made your purchases so that the sellers know about it. That is why, before the advent of digital currencies, there was always a central organization to check individuals’ inventories to prevent this from happening.

But with the advent of this digital currency, the existence of a central organization was abolished, and transactions were reviewed by all members of the network. So, another important goal of Bitcoin is to solve the problem of spending twice without trusting someone else. 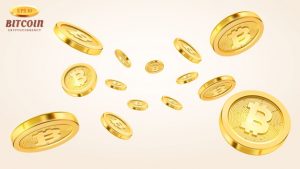 Bitcoin was born in late 2008. You probably remember the big financial crisis of 2008 and the events of that time from the news. It was around this time that an unknown individual or group, alias Satoshi Nakamoto, sent an article to many cryptographers talking about new e-money. In this article, also known as White Piper, Satoshi Nakamoto described bitcoin and how it works.

A few months later, in early 2009, the Bitcoin network began operating. Satoshi Nakamoto was in the early years of the project, fixing its shortcomings with other developers joining the project until it disappeared in late 2010. More than 10 years after the creation of Bitcoin, the identity of Satoshi Nakamoto has not yet been determined. Satoshi Nakamoto can be an individual, a group of programmers, or even a secret government organization.

There are many hypotheses about Satoshi Nakamoto’s identity, and many more claimants have identified themselves as Satoshi Nakamoto. However, none of them have enough evidence to prove their claim.

What is Bitcoin used for?

Transferring and spending bitcoins does not require permission from banks or any other entity. On the other hand, you may have heard that bitcoin is the money of criminals and is used to remain anonymous in criminal activities. But apart from the erroneous characteristics that newspapers, news, and media have attributed to Bitcoin, this digital currency has features that distinguish it from other physical and digital currencies.

The basic and important features of Bitcoin are described below:

How does Bitcoin work? 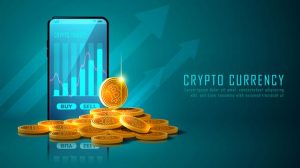 Distributed storage of transaction information in Bitcoin is made possible by China Blockchain technology. Blockchain is, in simple terms, a digital notebook whose information is immutably distributed across all nodes.

Blockchain is a broader concept than bitcoin that can have other uses. If we want to show this difference very simply, we can compare China Blockchain to the Internet and Bitcoin to a famous search engine like Google.

On the other hand, for understanding that what is Bitcoin staking and due to the existence of blockchain, nodes keep transaction histories. When one of them wants to send some bitcoins to another, by sending their request in the form of a transaction, the nodes flip through their digital notebooks and obtain the sender’s inventory to ensure that the transaction is feasible.

The digital notebook of nodes consists of sheets that we know as a block in a blockchain and that contain information and data. If the transaction does not violate the rules of the network, the transaction is considered valid and, like the production line of a factory, waits to enter the next stage, the transaction approval process.

Read More: Bitcoin or gold as a Haven?

What is Bitcoin(BTC) mining? 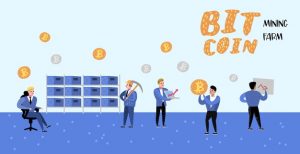 With the start of a race called mining, bus drivers try to get their transactions to their destination faster than others; Because the first driver who succeeds in doing so will receive a good reward from the bus company (network). After selecting the transaction and placing it in their blocks, the miners solve the block puzzle in a competition called extraction that requires energy and processing power.

This mathematical puzzle arises from putting transactions together and passing them through cryptographic processes called hash functions. Solving these puzzles is a difficult task that is done with computer hardware and special devices called miners or ISICs. Finding the answer to these math problems will eventually lead to the confirmation of the transactions in that block.

After finding the math puzzle, the block is placed next to other blocks that have already been solved, in chronological order, and an interconnected chain of blocks is formed, which represents the concept of a block of blocks or a chain of blocks. The process of confirming a transaction by finding a mathematical puzzle is also called the Proof of Work process.

But miners need an incentive to do all of this, including providing special hardware and power consumption. The first miner to succeed in finding the math block puzzle on the network sooner than the others will receive a reward in the form of bitcoin.

The first data on the Bitcoin price chart dates to mid-2010 when it traded at a price close to one cent ($ 0.01). From Bitcoin value history inception, this digital currency has witnessed several up and down price cycles. Accordingly, Bitcoin price history in certain periods has been in an upward state, which is called an ascending market, and in other periods, it has been in a downward and decreasing state, which is called a descending market.

The highest price of Bitcoin on February 23, 2021 was equal to 58,330.57 dollars, which is currently 23.66% lower than then. The number of units in the circulation of Bitcoin will be 18.64 million and the total number of units will be 21 million. Currently, the most active exchange in which bitcoin is traded is Bit Asset with a share of 6.96% of the daily trading volume. 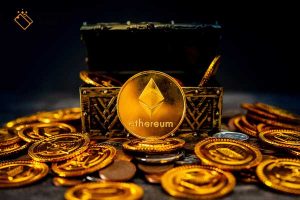 What is Ethereum?
next post
The importance of self-custody